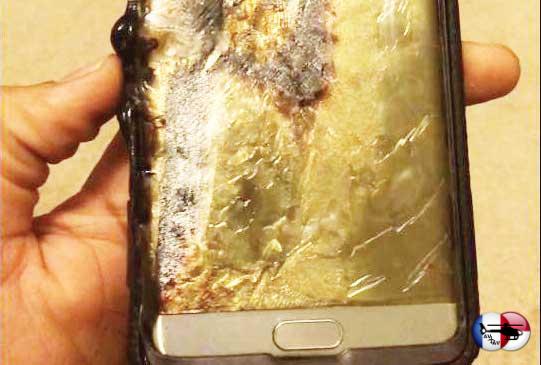 The Malawi Communications regulatory Authority (Macra) and the Competition and Fair Trading Commission (CFTC) have both banned the use and distribution of the devise in Malawi over concerns that the reported faults violate the Communications Act of 1998 and the Consumer Protection Act.

Two weeks ago, the South Korean tech giant, Samsung, announced it has permanently ceased production of its flagship Galaxy Note 7 smartphones after reports of devices it had deemed safe catching fire.

The decision came after reports of fires in replacement devices prompted a new round of warnings from regulators, phone carriers and airlines.

Subsequent to the announcement by the manufacture to recall the Samsung Galaxy Note 7, regulators in various jurisdictions and countries have announced a ban on the device.

Macra says the defects reported violate the minimum technical requirements and standards contained in the Communications Act of 2008, making it an offence for any distributor to sell the phone without prior authoristaion from Macra.

Macra has also asked consumers to stop the purchase and use of the phone until such a time when the defect has been rectified by Samsung Electronic SA (PTY) LTD.

Further, Macra says airline passengers will not be permitted to take a Samsung Galaxy Note 7 device on a flight, either switched on or turned-off.

The Note 7 is becoming increasingly unwelcome on planes worldwide. At least eight international airlines are prohibiting Note 7 owners from bringing the smartphone on their flights.

Those announcements come after U.S. government regulators announced similar bans. The U.S. Department of Transportation and Federal Aviation Administration released an emergency order preventing Note 7 owners from bringing their phones on planes or in luggage.

And local consumer protection body, CFTC, says it will take action against any trader found violating the Consumer Protection Act through continued distribution of the defective Galaxy Note 7 smartphones.

In an emailed response, CFTC Director of Consumer Welfare and Protection, Lewis Kulisewa, said following the voluntary recall of the phone by Samsung, consumers who acquired the phone will be expected to contact authorised dealers of Samsung to facilitate a product exchange or get a refund.

“In Malawi, product recalls are regulated by Section 40 (3) of the Consumer Protection Act which provides that a supplier or trader who, after the introduction of technology, goods or services becomes aware of the existence of unforeseen health hazards or risks, shall communicate as soon as possible to the relevant authority and inform consumers of the existence of such hazards,’” he said.

CFTC says it will continue monitoring implementation of the voluntary recall of the Galaxy Note 7 in Malawi.